I hate it when people brag on Facebook.  Whether it is about the fact that they’ve successfully managed to crack open an egg for the first time in their life or were able to crochet a puppy out of peacock spit.  It gets even worse when parents are allowed to brag and flaunt the fact that their brat has just learned how to put his pants on correctly.  At age twelve.  Or any other life-changing achievement.

With that being said, some things are worth mentioning like if your kid has found  a cure for cancer.  My gripe are with those parents who considers EVERY RANDOM THING their kids do, to be spectacular and then post it on Facebook.  But I’m not one of those parents. I prefer to use my blog when I feel the need to brag about my kids…

Basically because I’m surprised about their achievements. END_OF_DOCUMENT_TOKEN_TO_BE_REPLACED

We are in the midst of Eisteddfod season.  It’s like Shark week on Discovery.  A feeding frenzy, if only for all the parents who are running around like headless chickens trying to prepare their little ones for numerous performances in front of the judges. Our regional Eisteddfod happens every two years and provides a platform for kids to take to the stage in a wide array of performing and other art forms.  They receive feedback from people who is nothing like Simon Cowell and walk away feeling like they’ve accomplished something.  Unless off course they really suck…

Princess is one of those kids who wants to do everything as long as it happens in front of an audience. Her dream is to become an actress, one that I support wholeheartedly, as she’s been our little drama queen since birth.

Princess is halfway through her list of entries for this year’s Eisteddfod. END_OF_DOCUMENT_TOKEN_TO_BE_REPLACED 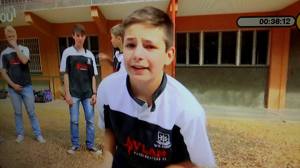 Television has changed dramatically since its inception many moons ago.  There was a time before now, where shows actually achieved their intended purpose. Like comedy shows that would make people laugh.  It was a time when everybody knew your name and we all wanted directions to Gunther’s place where six friends used to hang out.  It was a time when a semi-naked woman could run for 45 minutes in a red bikini and it was considered drama. Where a question like “Who shot JR Ewing?” would have broken Twitter.

It was a time before shows with catch phrases like “The tribe has spoken” gave a million smackaroos to a nudist, after conniving and cheating and lying his way to top.  What happened to good ole’ sleeping your way to the top, may I ask?  Now we sit with a tsunami of unscripted, condescending crap, filling the empty spaces between advertisements.

And all my hate of all things reality disappear into an abyss of overreaction and apologetic behavior as soon as I have the opportunity of seeing one of my kids on national television. Even if it is in a reality show of sorts.  It remains a basic human reaction to enjoy the five seconds of fame, if and when it lands in your lap.  Explaining why normal, composed people turn into monkeys on crack as soon as they see a camera swing in their general direction.

Dude had such a moment.  He was on TV.  Yes, my Dude.  He was part of a semi-scripted show and had to deliver one line which he did flawlessly, in my humble opinion.  Even though I’m not sure how many takes were involved.

I was excited at the prospect of seeing him do his thing.  And when he did it, I was ecstatic, running around like a lotto winner before hearing about the tax obligation.  I was so proud of Dude and my first instinct was to tell every single person I know about his amazing performance on the small screen.  The wife didn’t think it was such a good idea because (1) By the time I got up from the chair, Dude was no longer on the screen and (2) We wouldn’t be able to afford the resulting telephone bill.  I proposed a second mortgage on our house but she still didn’t share my enthusiasm.

I think I have some understanding of how Bruce Jenner must have felt when he saw his little girl with the big butt, Kim Kardashian, aka Kanye’s bitch, on his screen for the first time. I’m using the words “some understanding” carefully because I don’t really know what if feels like to be Bruce Jenner.  To be in his stiletto’s as it were.  Mainly because Bruce Jenner is now called Caitlyn and she’s hailed as a hero after spending a small country’s budget on plastic surgery, in order to wear a dress, put on some make-up and still look like a man in a bikini.  It’s also quite obvious to note that a parent might seem less enthusiastic about the first appearance of their little girl in a home made sex-tape.

Even though his little skit was very short, it took his parents a loooong time to find the best screen shot to capture on their smart phones for generations to come.  The process of finding the perfect expression was made extremely difficult due to the short time Dude had to show his acting ability with a range of emotion that went from intrigue to disappointment to anger and end with embarrassment before the camera moved on.  Dude was amazing in every single frame of the limited time he appeared on screen, but then again, I might be slightly biased.

Being the proud parents we are, the screenshot was also posted on Facebook, so that we could embarrass our teenage son even more.

At least we showed some restraint in our celebration of his first appearance on television by not blogging about it.

I consider myself to be average.  Definitely nothing as exotic as a spornosexual male.  Just your pretty average middle-age kind of guy.  Some might say I’m pretty AND average.  But they would be wrong.  I’m taller than a Hobbit, shorter than Groot.  I have grey-blue eyes, short hair and a wannabe body.  ‘Cause I wanna look like George Clooney.  Oh yes and let’s not forget, I have the weirdest dreams.

Some of my dreams are truly extraordinary in that they don’t make any sense whatsoever. When I was younger I had cool dreams. Like the one where I was Indiana Jones or the one where I could fly.  And let us not forget my evening with Jennifer Aniston.  Wow.  Now that I’m slightly older, it seems my dreams have given up on me.  They are much less adventurous and much more confusing.  I reckon my subconscious mind is pumping out random, weird shit in the hope that it might make me more interesting. END_OF_DOCUMENT_TOKEN_TO_BE_REPLACED

We have not had an incident in 365 days, even though we knew it was bound to happen again.

It was just a matter of time, so we tried our best to prevent it from recurring.  We stopped feeding him.  We didn’t bother to replace old clothes.  We kept him locked in his room for several days, hiding him from direct sunlight.  We couldn’t handle the smell, so we eventually let him out.  All our attempts were futile.  We simply ran out of options and we accepted the inevitable.  We were fighting a losing battle.  We were doomed as we waited with bated breath for the day to arrive.

Dude was in another play.  His second one in high school.  He was a last minute replacement, as the kid who was supposed to be the French waiter pulled out, two weeks before opening night.  I heard the director had to be revived four times.  The kid is still missing.  So they asked Dude to step in.  He didn’t attend the original audition for two reasons: (1) It interfered with his rugby and (2) It interfered with his rugby. He agreed to help because we are raising a marvellous human being, courtesy of his mother.

He didn’t bother to tell as the synopsis of the play.  And because it was a musical, I didn’t bother reading the script.  END_OF_DOCUMENT_TOKEN_TO_BE_REPLACED

In the spirit of Valentine’s day, I’m contributing a post that has nothing to do with love.  Or pink hearts and fluffy, stuffed animals. Not even mentioning that half naked toddler flying around with a dangerous weapon.

This post is about a morning in our household, which was to put it mildly, a complete disaster.

My alarm went off an hour later than normal, which meant there was no time go to the gym. Ah shucks, I was so disappointed… I understand that worse things have happened to people.  Like dying.  And even though it feels like I’m dying when I’m busy training, actual death must be even less pleasant. It just seemed odd that my subconscious took control of my fingers in setting the alarm the previous night. END_OF_DOCUMENT_TOKEN_TO_BE_REPLACED

It’s no secret I love the Script.  I mean I really, really, really do.  The Wife understands.  My friends understand.  Dude has known all along.  He is also a fan, but I’m not sure he would use the word love in the same context as I do.  But if love implies devotion, admiration, loyalty, support and paying someone to spend time with them, well then I love them. 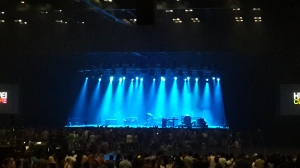 The Script kicked off their latest world tour in sunny South Africa.  They played in Jo’burg, Durban and Cape Town over the past weekend.  Tickets for the Durban show moved faster than the food at a lunch buffet at the opening of parliament.  I got two of those.  For the Dude and I. END_OF_DOCUMENT_TOKEN_TO_BE_REPLACED

I compiled one for Princess, it only seems fair I do the same for Dude. 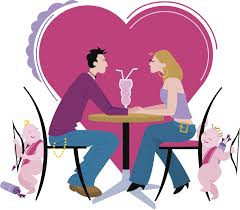 Lust is in the air.

He’s getting older, which explains why he suddenly becomes aware of hot girls, dreams about his first kiss and smiles every time he hears the word “boobs”. Technically it’s more than a smile; it’s the same look I get when someone mentions red wine and spaghetti bolognaise.

It’s common knowledge that teenage boys are a bit strange as they have all that testosterone raging through their bodies, giving them wide shoulders, hair in weird places and turns their voices into squeaky toys.  Unfortunately the hormone also prohibits them from making proper choices when it comes to members of the opposite sex. END_OF_DOCUMENT_TOKEN_TO_BE_REPLACED