South Africa celebrates Woman’s day on 09 August every year. One might wonder why women requires such a special, annual day?  And if one is stupid enough to ask that question in the presence of said women, one might get a reply such as: “Because men gets a special day, everyday.”

I would argue this statement, if I didn’t ruin Woman’s day. In my defense, it wasn’t done on purpose. I usually don’t indulge in self-sabotage when it comes to the opposite sex.  I consider myself in tune to the needs of those who run the world.  At least most of the time. END_OF_DOCUMENT_TOKEN_TO_BE_REPLACED

And that’s an unfathomable lie.  I hate winter more than I hate Kanye West.

this is me, only colder.

She obviously walked away whilst he was busy talking…Not a happy chappy.

Just another shot that I took during my recent Safari in the Nambiti Game Reserve, South Africa.

Some of you may believe me, but I want to supply further proof that I live at the Southern tip of the Motherland. This was one of the first things I saw yesterday before coming to the office.  The bull was very protective of his herd and didn’t want us too close.

And for those who are wondering how this is possible, I had to accompany an international customer on a Safari through the African bush.  I have a tough life, I know.

Springbok warriors…our hope is in you!

The world is entering confusing times. And it’s not only because of spring arriving in the Southern Hemisphere when some animals will start humping like rabbits in time with the first blossom on a peach tree.  It’s also because the world is about to embark on a quest.  A quest that happens once every four years.  A quest that requires fifteen fit and capable (depending on who you ask) warriors or lords from twenty different countries to go into battle for total supremacy.  Supremacy of power and perseverance.  Of speed and skill.  Of attack and defense.  Of scrums and line-ups and drop goals.

Once the final battle is won, the victors will stand proud in Twickenham, looking down at all the slain contestants who will worship them as gods.  And the leader of twenty-two will wipe the mud and spit from his face as he drinks from the ultimate reward, the Web Ellis Trophy as winners of the Rugby World Cup 2015… END_OF_DOCUMENT_TOKEN_TO_BE_REPLACED

Every year on Nelson Mandela’s birthday, which is on the 18th of July, there is a call on South Africans to give 67 minutes of their precious time and get involved in their community.  Even if he’s no longer with us.  It’s an ongoing initiative, attempting to get people off their butts and contribute something.  Make them do something useful.  Other than complain, which we do extremely well.  And anything goes.  Picking up garbage, cleaning the rivers, distributing food, supplying blankets, entertaining orphans, mowing my lawn, taking out my trash, paint my house, fix that damn roof leak that only bothers me when it rains…anything.

(You can read more about the initiative here)

This year our company opted to offer our service to the local animal shelter.  There were two main considerations in our choice: (1) Pets can’t take care of themselves, as humans took over their feeding duties centuries ago and (2) No one can shout discrimination when you talk about neglected and abandoned animals.  In South Africa you have to be very careful if you want to supply corporate assistance to a specific group because by doing that it implies you are excluding another group.  Besides complaining, South Africans also like to shout discrimination at anything.  Racism, Ageism, Sexism, Nepotism, and any other -ism you can think of.  It’s one of our many pet complaints.

So we stuck to pets. END_OF_DOCUMENT_TOKEN_TO_BE_REPLACED

Yes, this team is frigging awesome.

Avengers: Age of Ultron is frigging awesome! I have to admit, initially I used a different adjective in the opening sentence but as a parent I need to set some sort of example for the not-so-little-ones.  Every writer knows that in some cases the English language seems inadequate in providing a better word than the good old f-bomb.  Evidently the Wife is better than the English language as she provided a softer alternative… END_OF_DOCUMENT_TOKEN_TO_BE_REPLACED

I started typing this 13 minutes before the big reveal that is the Academy Awards nominations of 2015.  I suppose it’s only a BIG deal if you like movies as much as I do.  Or if you’re name is called, but then alas you’re also into movies.  I must admit, this is not going to make me cry like that moment when South Africa is going to hold up the Web Ellis trophy as winners of the Rugby World Cup later this year.

I’m gonna try something I’ve never done before, give my own brief reactions as they call out the different categories, edit quickly and then post.  Thus referring to them as “semi-live”.  Please note, living in the bottom half of Africa implies that we’re not privy to all the movies they are talking about, but we do have live audio streaming.  And we can always buy pirate copies on street corners. 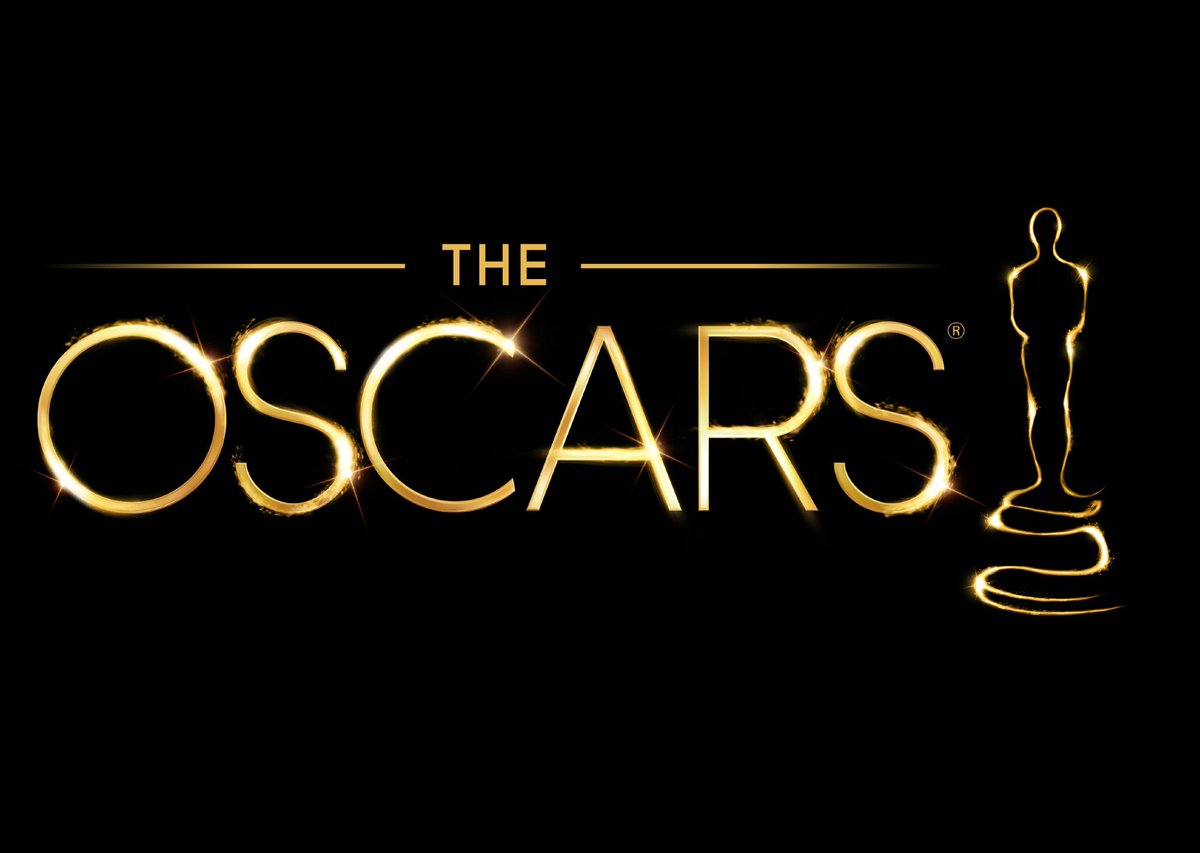 END_OF_DOCUMENT_TOKEN_TO_BE_REPLACED

Everyone who has been following this section of the web probably knows that we have a very proud and camp gay dog.  The thing that no-one knew was the fact that he was also shadowing as a vigilante protecting humanity from the dark forces of the world.  He was in fact the caped crusader known as the Barking Poodle.

A few nights ago we were awoken by…Ok fine, that’s technically not true.  The Wife woke up due to excessive barking from Pippa who sleeps in our room.  The Wife then proceeded to wake me, by shaking me, rather violently.  This is required, as a full piece brass band playing a whole set will not achieve the same result.

Unfortunately the result of excessive shaking doesn’t provide an opportunity of me waking up like Sleeping Beauty after her true-love’s kiss.  I looks more like a combination of this:

Once I was hijacked from dreamland, it dawned on me that Pippa was barking like a canine on steroids.  The animal was running around like he was auditioning for a lead in Kujo 2 – The Ferocious French Poodle.

My impulse was to throw him with my alarm clock, but as that was out of reach, I just shouted at him to shut the f#ck up.  The Wife gently coerced me not to do this, as she said the words that makes blood drain from veins:

“I think there’s something downstairs.”

She did say “something” and for a second I thought she was joking, but once my eyes regained some focus I saw the dread looking back at me.  I jumped out of bed, as I’m the protector of the house and charged downstairs with my boxer shorts and…well just my boxer shorts.  I did say I was the protector, but I didn’t say that I was a very effective one, now did I?  In my defence, in the back of mind, I assumed that the “something downstairs” implied a cat.

Downstairs I was blinking violently at the blinking Christmas tree.  I didn’t realise fairy lights could be that bright in the middle of the night. I searched the house in the on and off glow of the tree and found nothing suspicious, unless off course you consider “suspicious” being an unlatched window.  I didn’t find the spiteful cat who dared disturbed my slumber.

I got back in bed a few minutes later with the Wife asking me if I saw anything.

“There’s definitely something in the house,” I replied and fell asleep.  It was obviously not my intention to say what I did, for I meant to use the word “nothing” in that reply.  Forgive me, but my choices in that moment was (1) Going back to sleep or (2) Checking my vocabulary.

A few hours later the Wife woke me up again.  The sun was shining, but she still had a look of dread, which was explained with another question:

“Do we have burglar bars on all our windows?”

For a moment I thought I was dreaming, for that is a rather silly question coming from someone who’s been living in the house for almost four years.  And the house is in South Africa, where most houses has a standard issue of burglar bars, six-foot high walls and an alarm system.

She saw the answer to her question reflected in my sleepy eyes, because no-one does condescending like I do.

“Then someone attempted to break in last night.”

That woke me up like nothing ever have before.  I jumped out of bed, rushed down the stairs and, low and behold, the unlatched window had no burglar bars.  It wasn’t a cat after all.  I rushed outside trying to find more evidence of the opportunistic human piece of shit, who wanted to gain illegal access to my house.  I found it.  The burglar bars was lying discarded in the garden…

I shivered violently at the prospect of what could have happened, thanking God for saving us from whatever might have been, realising that our French Poodle chased the thieves with his excessive barking.  He was a good dog.  A VERY good dog.  One that I love a lot more today.

I went back into the house and played it cool with the Wife, but ended up phoning both my friends an hour later on the way to work.

Ironically, a few nights before, we were debating whether one should allow dogs to live in the house or not.  That argument is now settled once and for all.

I salute canines for embracing humanity, for loving and trying to protect a specie who has not had the best track record when it comes to the treatment of other animals on earth.

Here’s to all the Pippa’s out there, doesn’t matter how camp they might be.

It’s raining outside. Nice.  And I’m here.  And by here I mean sitting at the airport waiting to board a 16 hour flight from OR Tambo to JFK.  For those unfamiliar with airport lingo, this would be leaving Johannesburg destined for New York.  Yes, I did say 16.

I have to go through customs on arrival. It’s gonna suck.  Why?  Well, America is not making many friends with their foreign policy.  Not that I have any specific problem with having a strong foreign policy.  I mean, at least someone has. A policy.  But let’s face it, on a middle school playground America would be the big kid with the rich parents, threatening social exile for the other kids, if they don’t gang up together on the one or two or three kids who might be hiding pellet guns in their back yard.

Again, I agree with strong policy.  South Africa is like the weird, small kid who used to have a famous father.  Nowadays, no-one actually cares. END_OF_DOCUMENT_TOKEN_TO_BE_REPLACED