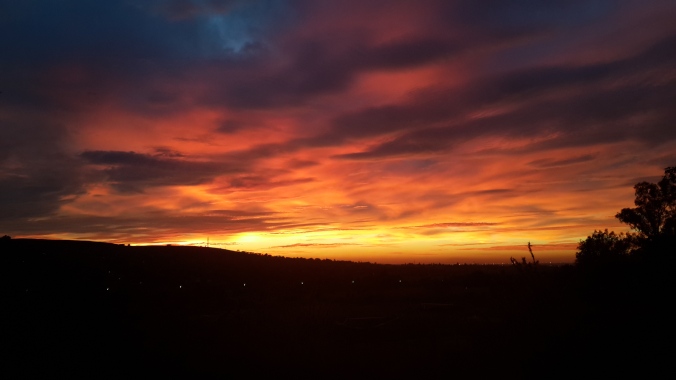 Remember the time when screensavers were really important in daily conversation and countless hours were wasted getting the settings just right?  A wondrous, devious little distraction from whatever we were really suppose to do at the time, i.e work.  I’m using a memory reference, for the same hours are spilled these days browsing YouTube and Facebook.  For work reasons, obviously. END_OF_DOCUMENT_TOKEN_TO_BE_REPLACED 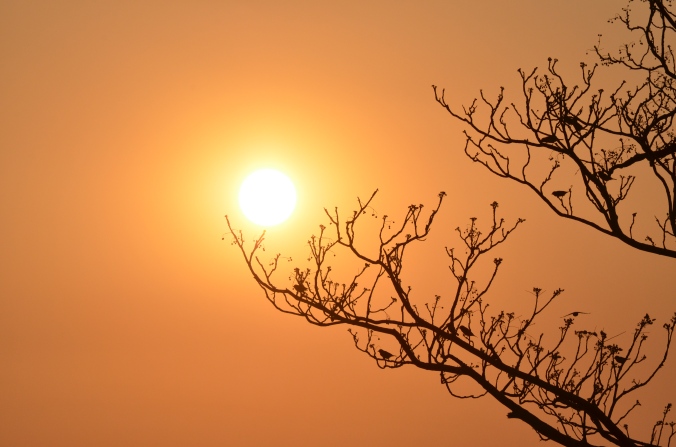 Every time I see this photo I get inspired by the beauty God is creating daily.  Small things like a branch, a few scattered birds and the awesome colouring of a sun rising through mist gives me that little injection of optimism and hope every single time. 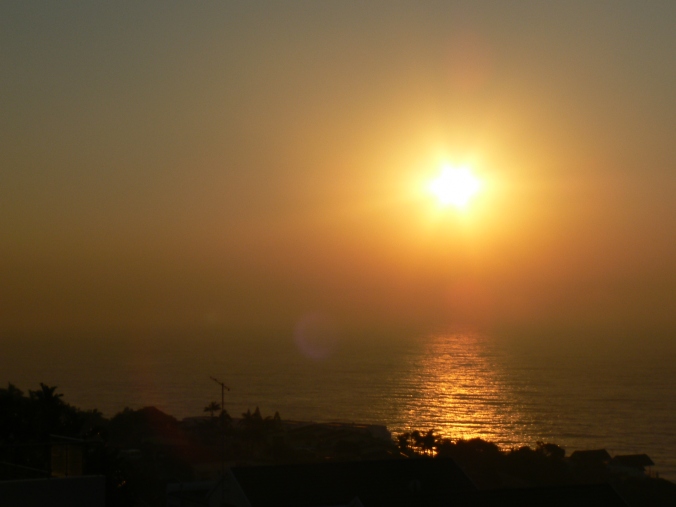 This turned out to be a really great day, even though the morning mist didn’t actually scream “fun day at the beach!”  And yes, it’s another sunrise. 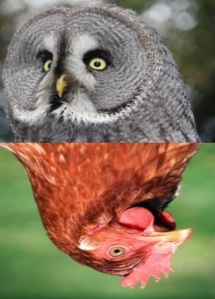 Basic human behaviour boils down to being one of the two.  Every person is either an Owl or a Chicken.  And this basic classification stems from human sleeping patterns.

Chickens base their sleeping hours on the sun.  When the sun comes up, so do they.  Simple.  It’s those crazy people who wake up before the crack of dawn just to see the sun rise.  They go on about the crisp fresh air, sitting on a porch with a mug of hot steaming coffee.  These freaks also rarely require an alarm, and probably consider the bone-crushing noise of a Rooster to be comparable with the soaring cry of a Fish Eagle.

They are all chirpy and funny and annoying in the morning.  Smiling their way through showering, breakfast and all the other crap humans have to do before starting their day.  They are the ones who greet you at work with so much enthusiasm that a bystander might think it’s a long-lost friend whom you haven’t seen in 40 years.  Or a survivor returning from a 111 year stint on an island in the South Pacific, removed from any human contact.  (And you desperately want to smash him in the face, whilst switching on your laptop saying “Ah, piss off”.  But you can’t because he is just being friendly and assault is still frowned upon in the work place.)

So the chickens laugh and smile through the day, their energy levels slowly but surely diminishing as the sun sets its course through the sky, westwards.  And when the sun dips out of the horizon their solar-powered personalities disappears with it.  Then the agony of whimpering about being tired and going to bed commence.  They barely make it through dinner and falls asleep noisily in front of the TV, dubbing every joke of the Big Bang Theory.

And God forbid you want to go out.  It’s all about being cold and tired and can’t we do it tomorrow.

Owls in comparison appear on the other end of the scale as they would stay in bed all day if not for the tempting aroma’s of bacon and coffee.  They will slouch at the table with a barely audible hello.  Never good morning, because there is NOTHING good about getting out of bed for an owl.  To say that owls are not morning people would be a slight understatement.  I might as well say that Hitler didn’t hate Jews, he just didn’t understand them.  Most of the owls I know might have their eyes open, but only because it’s anatomically impossible not too.  They only wake up at around ten.  Some actually never do.  For most of them the time spend with opened eyes is directly proportional to the speed at which they turn from being a total Shmuck to being a Miss Congeniality contender.

Their eagerness to interact with other people increase exponentially during the day.  But the volcano erupts when the sun goes down.  Some owls literally vibrate, like kids attending a birthday party sponsored by Nestle or Coca Cola.  There. Is. Just. Nothing. Stopping. Them.  In the worst cases their excitement will be exhausting to anyone within a 100 m proximity.  Vampires embracing the dark, wanting to suck the blood out of every minute of the night, doing random things like playing Sims, blogging, watching movies and if they’re really lucky do the dirty.  Until they fall dead in bed.

To only wake up again with the agony of the sun peaking through the blinds and that fucking rooster killing all hopes that another day hasn’t really arrived already.

So it becomes clear that the only time owls and chickens will mingle in a manner that would seem humane and decent would be late morning to early evening.  This is when both types are at their best behaviour.  A four to six-hour window of humanity interacting with respect.  But also a time when all hell break loose.

In this time the aviary is a place where owls and chickens forget their obvious differences, and they stand the risk of falling in love and even (gasp) marry.  To make matters worse they sprout some twisted offspring; an owl/chicken hybrid.  These little freaks confuses everyone as the paradigm and laws of nature doesn’t apply to them.  But if you love, feed and manage to raise them, at some point they will drop the façade and reveal who they really are.  A chicken or an owl.

Ok, so sometimes I am awake to capture sunrises., but those moments are rare. Like chicken teeth.  Check out the birdies basking in the sun.  Cute hey?

Sunrises does something special to any photo, so I have some understanding for crazy people who prefer to take photos at this time. 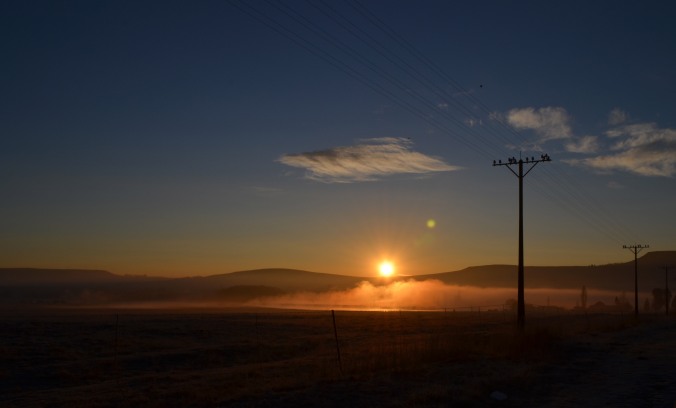 Sunrise on a farm. Loved the birds in the tree, basking in the sun. (Didn’t realise they were there when I took the photo.)