With all the baffoons roaming the Serengeti of a gym, I’m surprised I’m still grazing there at all… 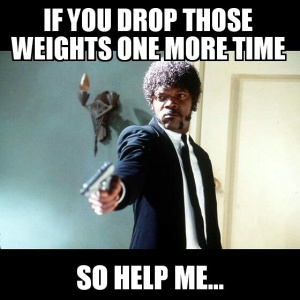 In my time on this blog I’ve had moments of ranting about naked guys and nipple showings.  It wouldn’t surprise me if some of the wonderful readers of this blog are starting to think that I’m training at some R-rated fitness facility, as some of the instructors also shadow as ladies of the night…

And still I go.  Mostly because it’s the only decent gym in the place I call home.  I choose to deal with all this shit on a daily basis, risking life and limb whilst fighting the fight of fit vs fat.  (Fit is leading at the moment, partly due to me scoffing down wood chips, broccoli, protein sludge and a green tuna salad, every frigging day of my life.)  What remains sad is that I’m doing this willingly…

It has been a while since I’ve raised any serious complains about life of a fitness wannabe but it only takes one idiot to provoke me into a rant.  And lucky me, (and you) I found one.  A guy who puts unspeakable acts on daily display.  Enough is enough!  Someone has to say something.  And that someone is gonna be me.  On a semi-anonymous blog, off course!  He might be a douche but he is bigger and younger than yours truly.  Besides, I prefer my legs unbroken and my teeth where they belong, in the glass on my bedside table.

I know you’re a big guy, much bigger than you were two months ago, so you’re probably not used to your horse hormone induced physique, which is the only reason I can think of as to why you’re so obsessed with your own reflection. And let me just say this: Natural my arse! As is evident by the monstrous collection of pimples and acne you’ve acquired in recent weeks. It looks like seventeen kids hit puberty in one body, all at the same time.  Pizza anyone?

But that’s your problem, especially considering you’ll only regret using the juice in years to come, when you end up with a pimple scarred body, failing kidneys, C-cup man-boobs and two useless, puny testicles.

What is my problem however, and the reason for this rant, is that in your journey of transformation to increase your miraculous muscle mass, you’ve also turned into an inconsiderate f*ck. Sorry!  It only hurts because it’s true.

Here’s why I’m throwing that f-bomb your way:

You do understand that this is a public facility and NOT (1) A pool party at a frat house or (2) Spring break or (3) Miami or (4) Your own f*cking gym?  Imagine if all the members started going shirtless before they perform squats and flexes and curls. It’s the stuff of nightmares man!

Before I go, one more thing, take of the frigging cap and stop taking those damn selfies. You’re not a teenage girl.

Yes, I feel better, thank you. NO, I’m not jealous!

PS – I apologize to my regular readers, I counted three f-bombs but in my defense, there were forty-seven in the first draft.